Our team for Germany, Switzerland and Austria


Our experienced team members service the corporate transient, MICE and leisure/tourism sectors across Europe.Eyes2market's successful formula is to provide you with the right mix of capacity, creativity, experience and cost.

Our team understand your business, your problems and each market's characteristics. Furthermore, we provide PR services through our talented PR consultants to deliver expert connections where required.

Our talented staff will guide you through the tangled web of electronic distribution  e-commerce and social media, to provide you with cost effective, workable solutions. 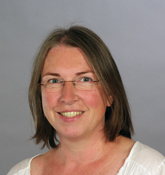 Inge Naundorf
Free lance writer
Educated in one of Austria's top Hotel Management Schools, Inge Naundorf gained a wide experience in the international hotelbusiness. After positions as inhouse PR-Manager in five star hotels she studied PR in Germany and worked many years for well-known PR-agencies as a General Manager where she was responsible for the success of more than 800 luxury hotel clients all over the world such as Four Seasons Hotels & Resorts for a period of seven years. Ending a maternity leave, Inge Naundorf moved to Berlin and now works as a freelance writer for several touristic agencies as well as for publishing houses.